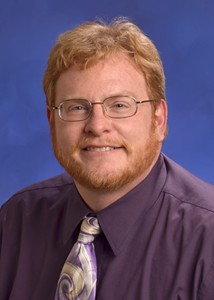 The Geography Department welcomes Dr. Derek Alderman, who joined us as Professor and Head in August, 2012.  This was first time since the 1960s that the department has hired a head from the outside.  Dr. Alderman could not have arrived at more exciting or challenging time for the department.   And did we also mention that the challenges facing him and the department are daunting?  The last several years have seen more new faculty members arrive than in the previous quarter of a century.   Thanks to them, we are practically a new department, with new faces, new accents, and new interests — and new courses going on the books.  The largest (and probably best) incoming class of graduate students ever arrived with Dr. Alderman – 26 new students.  The college is instituting a major overhaul of its curriculum and graduation requirements in the fall of 2014 so the next two years will see much of the department’s energy go into preparation for the change.  In the meanwhile, the university’s top twenty-five initiative is placing new demands for excellence in teaching and research on all its academic units.

Fortunately, Dr. Alderman’s enthusiasm, optimism, and record of professional accomplishment make him the ideal person to lead us past them and into the new era.  Before moving to the University of Tennessee, Dr. Alderman and his work were well known to many UT geographers.  He studies cultural and historical geography in the American South, and is particularly interested in public memory, popular culture, and heritage tourism.  He is widely known for his work on the commemoration of the Civil Rights Movement and African-American history, on the politics of street and place naming, and on the geographies of race, human rights, and social justice.

From 2000 to 2012, Dr. Alderman was on the geography faculty at East Carolina State University.  He won many teaching awards there and developed a deep interest in building undergraduate geography, an interest that he brings with him to Tennessee.  He had many affiliate positions at East Carolina. He became a faculty associate in the Coastal Resources management Ph.D. Program in 2004 and in the Center for Natural Hazards Research in 2007.  He became faculty affiliate in the Center for Sustainable Tourism in 2008, and research fellow there in 2010.  He joined the African and African American Studies Program 2009.  Also at East Carolina, he was the co-coordinator of the RESET Initiative (Race, Ethnicity, & Social Equity in Tourism), a position in which continues to serve.

Dr. Alderman earned his M.A. and Ph.D. in geography at the University of Georgia, and he holds a B.A. in history with a minor in geography from Georgia Southern College in Statesboro, GA.  Prior to his appointment at ECSU, he was a faculty member in the Department of History and Geography at Georgia College and State University in Milledgeville, GA.  He is co-author (with O.J. Dwyer) of Civil Rights Memorials and the Geography of Memory (Center for American Places, University of Georgia Press), which received the 2008 Globe Book Award from the AAG. He has published numerous chapters in books and peer-reviewed journal articles.  He has been the president of SEDAAG, and co-editor of the Southeastern Geographer.