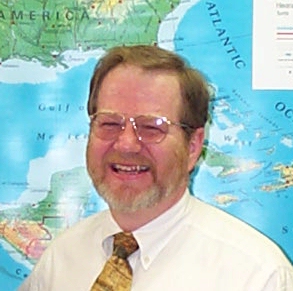 Bruce A. Ralston is a Professor Emeritus of Geography at the University of Tennessee who specializes in transportation and geographic information science. He also is a Fellow of the Center for Business and Economic Research and a consultant to the Institute for Public Service. As part of his post retirement service, Dr. Ralston continues to teach two courses every fall semester. He is the author of two books on GIS and has written several free and widely used software packages for working with public domain data. He is the recipient of several awards from the Association of American Geographers, including the Outstanding Geographic Software Award, the Excellence in Applied Geography Award, and the Edward L. Ullman Award for Outstanding Contributions to Transportation Geography. He was also named the State GIS Champion by the Tennessee Geographic Information Council.

During his career, Dr. Ralston has developed software for and served as a consultant to the World Bank, the United States Agency for International Development, the Southern Africa Development Conference, and the World Food Program. He also has served as a GIS consultant to private sector companies such as FedEx and CVS. In 2010 he was named the Mace Bearer, the highest faculty award at the University of Tennessee. His current research initiatives focus on using the latest advances in internet software development tools and free mapping services to enhance visual analytic tool development.