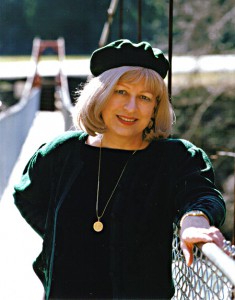 Lydia Pulsipher received her Ph.D. from Southern Illinois University in 1977 and taught first at Hunter College in New York City and then at Dartmouth College. In 1981 she joined the faculty of the Department of Geography at the University of Tennessee, where she has been a full professor since 1993. Dr. Pulsipher’s research has focused on the cultural and political ecology of the Eastern Caribbean since European contact. Her work on the Galways Plantation site on the island of Montserrat (jointly conducted with archaeologist Mac Goodwin) was funded by the Wenner Gren Foundation, Smithsonian Institution, National Endowment for the Humanities, Earthwatch, The John Carter Brown Library, Brown University, The University of Tennessee, and other institutions and agencies. The Galways research was featured in the Smithsonian Museum of Natural History exhibit, Seeds of Change, and has been the subject of numerous publications. Other research and teaching interests include: local responses to global forces, gender issues in geography, the social and cultural construction of space, issues of national identity, and the role of informal democratic institutions in fostering change in power relationships. Most of these themes have been combined in research recently begun on women entrepreneurs in the post-Communist society of Slovenia as it prepares for entry into the European Union. She is the author (along with her son, Alexander Pulsipher) of the college textbook, World Regional Geography: Global Patterns, Local Lives (W.H. Freeman, 1999, 2002). Dr. Pulsipher has served on the editorial board of the Annals of the Association of American Geographers and on the AAG Nominating Committee. 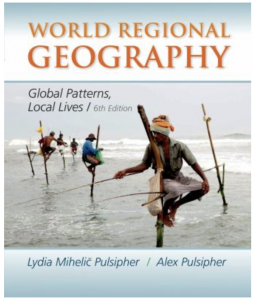