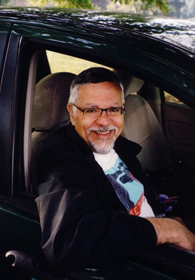 Tom Bell has interests in urban geography, location theory, and popular American culture. His interest in central place principles has led him into research projects as different as determining the optimal location for public facilities, analyzing settlement patterns of the ancient cultures of the Maya, Aztecs and Egyptians, determining the transportation impacts of changes in modern retailing systems and the viability of small towns in Iowa. His interests in music and film have led him to research topics dealing with the geography of modern rock music and the culture industry that supports it. Bell’s teaching focused on urban and economic geography as well as the geography of American popular culture and methodology of the discipline. Bell has held many posts in the Southeastern Division of the Association of American Geographers including its presidency and received its Lifetime Achievement Award in 2016. He was secretary of the local chapter of the Phi Beta Kappa Society on campus.

In addition to authoring or co-authoring many research articles, he is the co-author of a textbook in economic geography (Economic Growth and Disparities Prentice-Hall), the author of another on general human geography (Human Geography: People, Places and Change Annenberg Foundation/CPB), and co-editor of a book on music geography (Sound, Society and the Geography of Popular Music Ashgate).