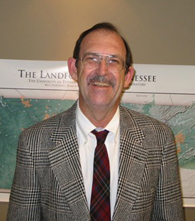 Dr. John B. Rehder, PhD, longtime Professor at the University of Tennessee, passed away on April 19, 2011. He joined the Department of Geography in 1967. Dr. Rehder earned a Masters and Ph.D. from LSU, one of the preeminent cultural and historical geography programs in the country. He earned a B.A. in 1963 from East Carolina University in Greenville, North Carolina.

Dr. Rehder’s research focused on writing scholarly books that examined the historical and cultural geography of subjects in the South. Two earlier books, Delta Sugar: Louisiana’s Vanishing Plantation Landscape (1999) and Appalachian Folkways (2004) both published by the Johns Hopkins University Press, won prestigious book awards. Dr. Rehder served on the Board of Directors of University of Tennessee Press. In 2012, the Press published his third book, Tennessee Log Buildings: A Folk Tradition. This most recent work is a product of over four decades of fieldwork and contains over one hundred images, including beautiful photography.

Dr. Rehder enjoyed fishing, camping, boating, skiing, and hiking along with singing in the West Hills Baptist Church Choir. He was a devoted husband to wife Judy Rehder for over 48 years and a loving father and grandfather. In February, 2011 he proudly attended the award dinner where his daughter, Karen Rehder was recognized as the Knox County Middle School Teacher of the Year. “Opa” especially treasured time on the golf course with his son, Ken and grandson, Allen and also showering his granddaughter, Emma Caroline with stuffed animals.

In May of 2011, the Department of Geography held “A Celebration of John Rehder’s Life” at the home of Dr. Carol Harden, where colleagues and students recounted stories and memories for several hours. Judy and Karen Rehder honored the group with their attendance. Carol Harden, Interim Department Head at the time, captured it best when she wrote in the UTK Geography Community Blog: “John Rehder’s untimely and all too soon passing…was quite a shock to the whole department. John was a kind man and a fine colleague and his death has created a large absence in the life and heart of our department.”