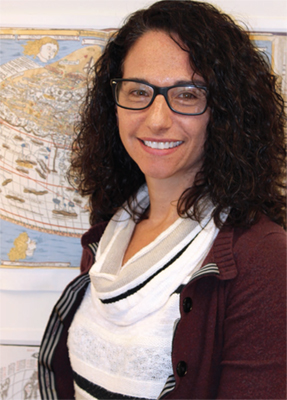 Solange Muñoz is a human geographer who does ethnographic work in urban centers in Latin America. Her work has focused on vulnerable urban communities, specifically in Buenos Aires, Argentina, where she conducts research on immigrants who live in run-down abandoned buildings in the city center with multiple other families. She was also part of the first phase of an ongoing project in an informal community in Santo Domingo, Dominican Republic.

This past year, she was able to return to those communities. In Buenos Aires, it was to begin a new phase of her research. In the Dominican Republic, it was to participate in a conference marking 10 years of research and community engagement. Returning to the communities and the people who contributed to her research helped her reflect on the broader impact of doing field research on both the researchers involved and the communities where they work, and on the importance of returning.

“Much has been written on the topic of doing field research with vulnerable communities – the ethics, the challenges, the responsibilities and the pitfalls,” Muñoz says. “My own experience of working with and in vulnerable communities has led me to believe it can be a profoundly transformative experience for both researchers and community members. I suspect this might be due to the way that researchers and communities build connections – through the research questions being asked, the data being collected, and the knowledge being produced – all of which often require a collective commitment by both the research team and the community members.”

In other words, through the collective production of knowledge, academic research provides opportunities of uniting people, making that initial phase of research potentially one of the most transformative for both the researchers and the community members.

Field research and the relationships that are fostered can lead a community to look at itself differently. Communities can begin to feel empowered, due in part to the presence of outsiders who demonstrate an interest in the community. Yet, rarely are the interpersonal relationships and collective knowledge that is produced and shared in the first stages of data collection considered as part of the broader impacts of the research process and outcomes. Instead, broader impacts usually refer to the ways in which research data is disseminated to other professionals and applied beyond the original target community. At the same time, the mantra that research must remain objective and that researchers must remain emotionally distant from their so-called subjects is still popular among many mainstream scholars. Yet, in many ways the fundamental character of fieldwork is based on building relationships and alliances with the very people researchers study, which in turn can promote knowledge and research that provide insight, understanding and material change to others. 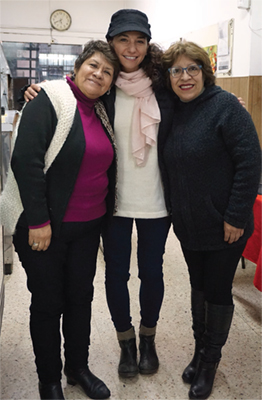 “These same relationships provide us with insights that we can share with our students,” Muñoz says. As a professor, she brings her field research experiences and encounters into the classroom. Beyond discussions about her research, she tells her students about the men and women she has worked with and tries to illustrate both the commonalities and the differences of people and communities who are in very different economic and social circumstances. For her students, many of whom have never travelled outside of Tennessee, this is an opportunity to learn about and hopefully empathize and reflect on the different conditions and realities of different people in different parts of the world.

“The power of research to produce knowledge that can lead to change and improve the well-being of historically marginalized and vulnerable communities and individuals is why many of us do what we do,” Muñoz says.

Once data collection is completed however, contact with the community ends and instead, researchers focus on the data as if it were separate from the context from which it originated. This can be necessary in order to properly reflect and analyze the data, and yet, as a result, researchers fragment the process and potentially lose sight of the other parts.

“When we intentionally return to communities, or develop long-term research partnerships with communities, it is possible to do work that is better representative of the dynamic ways that the processes of field research, relationships, and knowledge production are connected and change over time,” Muñoz says. “At a time when success in academia is measured by a series of individualized, quantitative metrics, and academics are being criticized as elitist and out of touch, additional emphasis and recognition on the human and social connections and relationships that develop in the field, and the way they impact all those involved, is just one small reminder of the humanity behind it all, the reason why many of us got into this business in the first place.”